The webcams that are built into your computers are often not the best quality cameras. The lenses are small and they don’t really capture a good enough tonal range for many problem lighting situations.

So when you do Skype or Google Hangout recordings, which are also impeded by people’s internet speed, this is even more pronounced.

Webcams use auto exposure (brightness) and Auto white balance (AWB). For average well lit, low contrast scenes with neutral backgrounds they work okay, but usually we are Skyping in less than ideal situations, often crouched over our laptops.

Here are the main problems that you get with webcam video recordings:

As shown in the video, sometimes you need to add light to your scene. This can be as simple as using a couple of room lights or desk lamps that are close enough to illuminate your face. I use natural window lighting sometimes too, but it has the disadvantage of changing frequently if it’s a day where the clouds are moving around a lot and sometimes blocking the light from the sun.

Remember if you use desk lamps and room lights that the bulbs should match in color temperature.

Don’t put a big light source behind you, unless you have an equally bright light in front of you. The easiest way to avoid silhouettes, is to position yourself better. Side light works too, but try to have a bit of light coming from each side for better results.

Webcams use Auto White Balance, which means that they automatically color correct your video. This isn’t a problem unless you have a large area of one color in your scene, like a colored background. Then the camera tries to remove that color which can result in funky skin colors.

If your background is warm, it will add cool colors like green, cyan and blue. If it’s cool, it will add warm colors such as yellow, magenta and red. Warm and cool colors will always neutralize each other. In the video above I showed a yellow and a blue background.

Webcams use Auto exposure, which means the adjust the brightness according to what’s in the picture. If there is lots of light (white) then it tries to remove some of the brightness, which can result in white walls turning grey.

Our instinct is to add more light, but what we really need to do is add more dark to the picture. In the video above I tried to do that by wearing darker clothing.

Keeping the background super white is nearly impossible unless your camera has exposure compensation. So don’t use a white background and expect it to stay super white, if it takes up more than 3/4 of your screen area.

I often use a grey background on my talking head videos. That usually solves the brightness as well as the color problems. Usually but not always. Often the webcam is the root of the problem.

There are tools built into Google Hangouts for brightness and colour control. You can also soften your picture or put a background behind yourself.

That is a huge bonus over using Skype for recordings.

A better webcam will help

Thankfully there are better webcams on the market. So if you find yourself doing lots of Skype interviews or even if you make a lot of video recordings of yourself, it might be a good idea to invest in a better camera than using the one that comes with your computer. 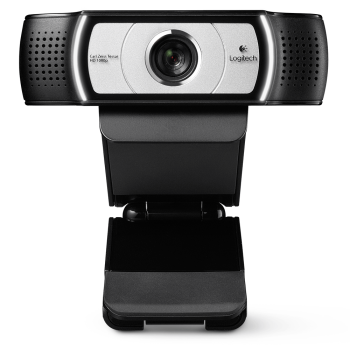 Here’s one such camera. It’s Mac OSX Lion and Windows compatible, but there are other Logitech cameras for Mac listed on this page as well. A friend of mine has tested this camera out, and he’s had no problems using it on both Mac and PC computers.  Check the specs at the bottom of this page and read the user reviews too.

I’m actually thinking this could replace my dSLR camera when I’m shooting tutorial videos that go to YouTube.

And when I see just how crappy the image quality is in the YouTube video above, I think it’s time I got a Logitech webcam too! 🙂

3 responses to “Recording tips for Skype and Google Hangouts”